A set of biomorphic, phytomorphic and geometric geoglyphs designed and executed on the desert of Nazca and Palpa, department of Ica, Peru, is known by the name of

Interest in the study of these geoglyphs did not become widespread until 1940, when Paul Kosok and Maria Richie, two international researchers, published a series of aerial photographs taken by the National Aerographic Service. These geoglyphs, that is, these inscriptions on large tracts of land, are of enormous dimensions and can be easily observed from the heights, which has given rise to countless theories about the purpose of their creation.

In any case, the Nazca geoglyphs in Peru are not the only ones in the world, but they are the most famous. In fact, its characteristics have deserved to be named a World Heritage Site by UNESCO since 1994. However, the geoglyphs of Acre and Rondomia in Brazil, the Chilean geoglyphs of Atacama, Pintado and Chiza also stand out, as well as geoglyphs in Australia, the United States and England. 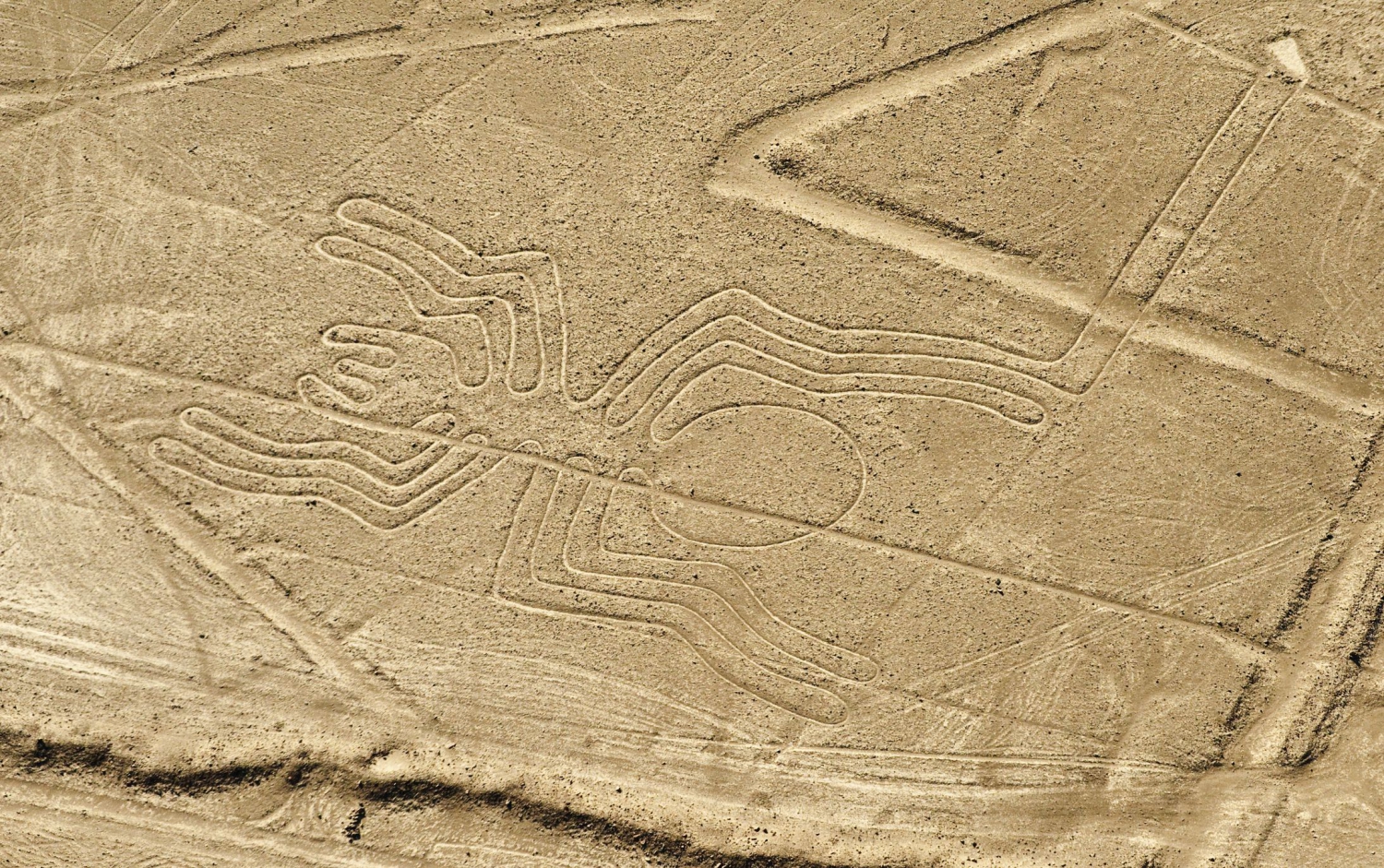 Characteristics of the Nazca Lines
Research suggests that the Nazca lines were produced over 1500 years, a process that came to an end in the 16th century. According to some sources, the Nazca lines stand out because they cover about 400 square kilometers. Other sources indicate that they can cover up to 800 km2. In any case, they are the largest in the world.

The width of each line can vary between 40 and 210 centimeters wide. Just as the width of the lines varies, obviously the length of each line depends on the layout. There can be lines up to 295 meters. The depth of the furrows also varies from simple superficial cracks to trenches of no more than 30 meters.

Throughout this territory, we find the representation of figures such as animals, fantastic creatures, geometric elements such as trapezoids, rectangles, spirals and straight, etc.. The anthropomorphic representation is also included. Among the animal figures we can mention the following: monkey, spider, heron, crane, pelican, hummingbird, snail, whale, dog, llamas, iguana, snake, lizard and lizard.

The Nazca lines are located in a land between blackish and reddish that, according to the incidence of light, modifies its tonalities. Thus, during the sunset, the lands of the Nazca desert acquire violet tonalities. 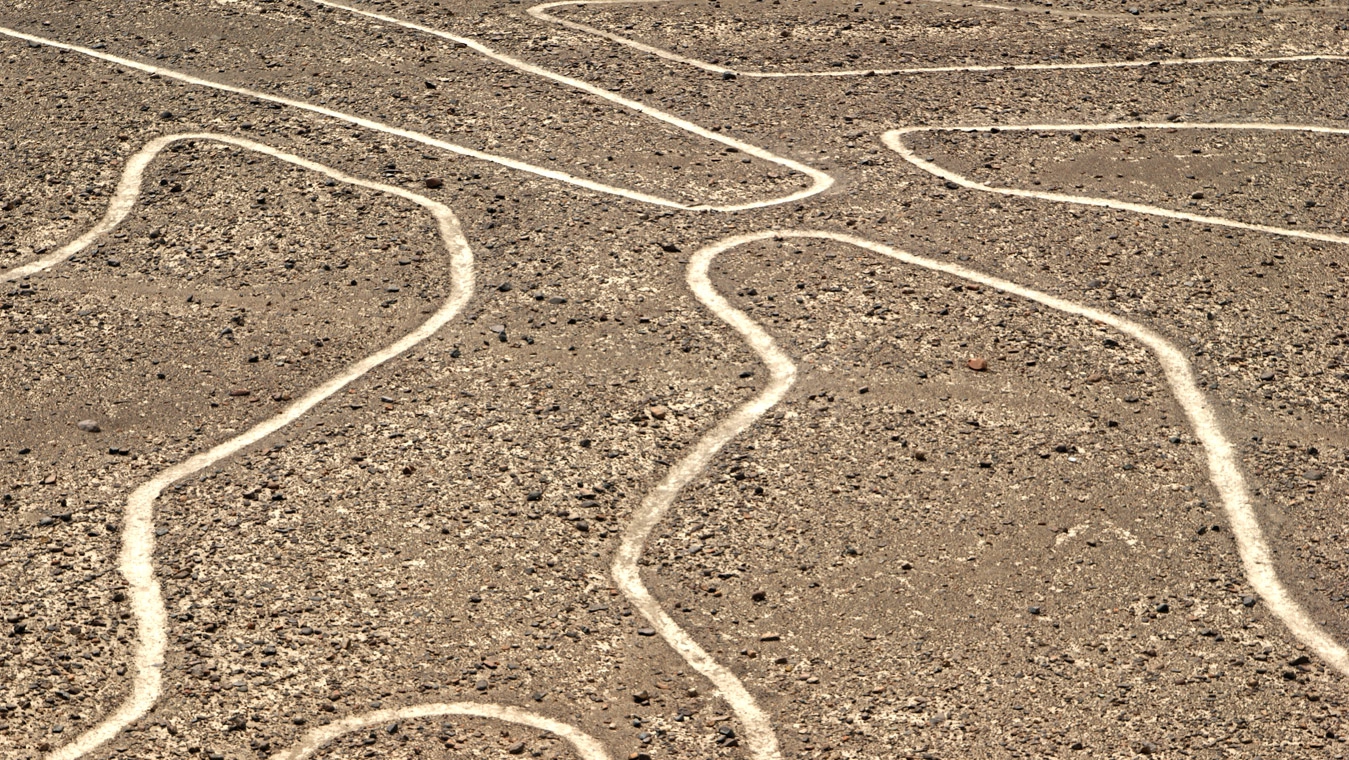 How were the Nazca lines made?
The Nazca lines were made through a process of subtraction. This process was much simpler than is believed, since it did not require large investments in materials, effort or time.

Basically, the creators of these lines focused on extracting a series of oxidized rocks from the ground. These rocks, obscured by the oxidation process, were small and angular.

After removing the rocks, those layers not affected by the oxidation process were exposed and therefore retained a lighter colour. Thus, the extracted stones, darker, emphasize the edges next to the exposed lines, which gives clarity to the strokes and facilitates their observation at a distance. It is probable that the figures have been designed and executed by means of a system of grids made with wood and ropes to move the models to scale.

The durability of the Nazca lines is related to the climate of the region, which is characterized by stable temperatures that oscillate around 25 degrees Celsius, practically no rainfall and the presence of hot air that makes the wind deviate, which prevents erosion.
Written by: repost
PUBLISHED: Aug 28th 2020