The region where the city of Ayacucho is based was a sanctuary of the Huari-Tiahuanaco culture, which dominated the Andean south and much of the Coast between 900 and 1,200 AD. The presence of human groups in Ayacucho begins approximately 20,000 years before Christ in the Pikimachay cave. Later in the formative period (2,000 BC and the first years of our era), human groups were established in Rancha, Chupas and Wichqana.

Between the 6th and 7th centuries, the Wari Empire flourished, whose capital was founded in the Ayacucho area, and then gave way to the Chanca Regional Confederation. The Incas conquered Ayacucho, erecting an administrative center of great importance in the Vilcashuaman area. In 1,539 Francisco Pizarro founded the city of Ayacucho with the name of San Juan de la Frontera de Huamanga. 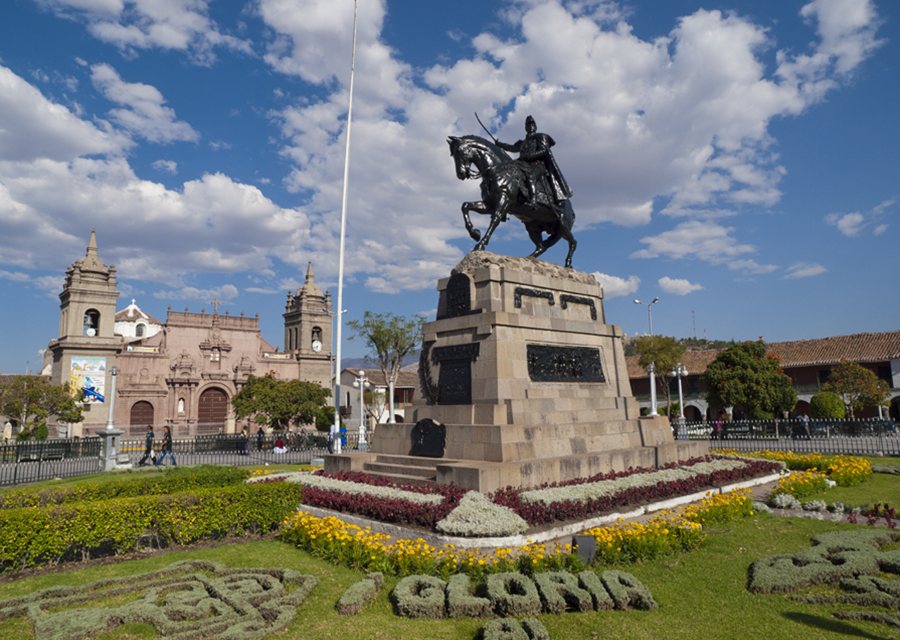 This was created for strategic purposes, as it limited the territories dominated by the rebel Incas of Vilcabamba. Once the Vilcabamba rebel stronghold was defeated, Ayacucho acquired economic and cultural importance. Already in the seventeenth century, Ayacucho had an important textile industry, was the seat of the archbishopric and had a university, which made it one of the most important cities of the viceroyalty.