The Natural History Museum, founded on February 28, 1918, is a dependency of the Rector's Office of the University in charge of collecting, researching and exhibiting organisms and representative samples of the Natural Heritage of Peru and of humanity in relation to Flora, Fauna and Gea, in order to generate scientific knowledge and impart it at all levels. The specimens of such samples are studied, preserved and guarded in the Museum, forming Specialized Scientific Collections.
Creation of the Natural History Museum.

The Natural History Museum was founded on February 28, 1918 in an extraordinary session of the Faculty of Science of the National University of San Marcos, chaired by its dean Dr. Enrique Guzmán y Valle, and which was attended by the rector of the University, Dr. Javier Prado, and its main promoter, Dr. Carlos J. Rospigliosi Vigil.

Dr. Carlos Rospigliosi, since he was appointed Professor of Zoology in 1913 at the Faculty of Science of San Marcos, had tried to create a true museum, since the Natural History Cabinet of this faculty was very deficient. The project counted from the beginning with the auspices of the rector of the University, and the dean of the Faculty of Sciences. 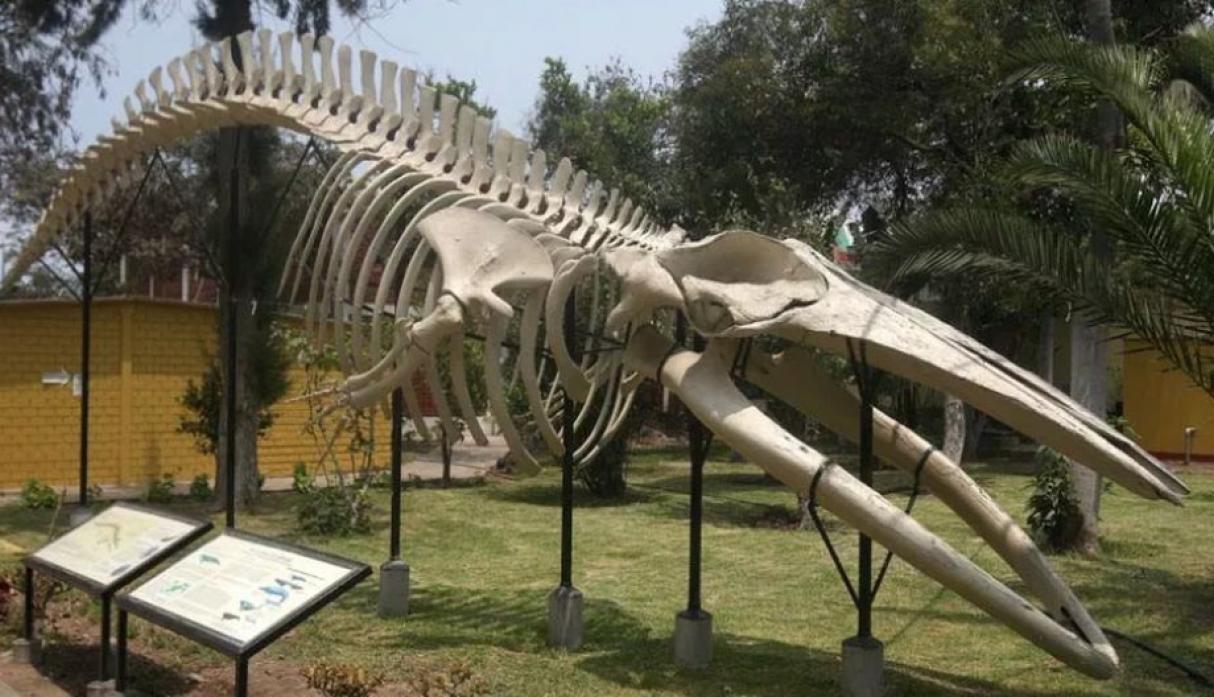 In the founding session of the Museum, the outstanding work undertaken a year earlier by Dr. Carlos Rospigliosi was recognized, and unanimously he was granted a vote of applause, naming him 'Director and Founder of the Museum of Natural History.'

The person in charge of making the plans for the construction of the Natural History Museum building was the engineer Basurco, a professor at the University itself. For this purpose, the University initially allocated the sum of two thousand pounds of gold, and the same rector Javier Prado contributed with his private funds. Prado enthusiastically supported the project as he argued that a research museum was indispensable for the interests of the country, so he would not omit any effort to build it. Likewise, the Economic Commission of the University Council consigned an item of the general funds of the University for the future employees of the Museum.

The initial personnel of the Museum consisted of a conservative chief and three heads of areas corresponding to the Zoology, Botany and Mineralogy sections, who integrated the first scientific expeditions that collected the first samples of the three natural kingdoms that served as the basis for the installation of the Museum and its first study material.

The first university scientific expedition was organized by Rospigliosi himself in April 1918, and professionals from the different scientific branches took part in it, contributing materials of fauna, flora and minerals from the departments of Junín and Huánuco. In this expedition studies, measurements and evaluations of the natural resources of these departments were carried out. The second expedition, named by the Geographic Society of Lima, was carried out in 1920, which featured the South Pole explorer, Professor Otto Nordenskjold, and who toured part of the mountains and mountains of the department of Junín.

Dr. Rospigliosi in an office addressed to the dean of the Faculty of Science in 1918 pointed out that “with the creation of the Natural History Museum, the University aspires to attend in a practical way the scientific and industrial development of the country on the basis of comprehensive knowledge of the natural resources that enclose between the limits of the territory of the Republic ”.

Rospigliosi also indicated that within its internal educational function, the existence of the Museum, will allow the university professors the easy development of the chapters referring to the Sitematic or description of species of their respective courses, through the objective teaching of the products of the three kingdoms of nature, using purely national material. This circumstance while contributing to the preferential knowledge of natural species that logically, should have more interest for Peruvians because they have the country, directly and almost without the student feeling it, the learning of homeland geography, of that youth so much needs and optimally and virilely develops the nationalist spirit of the new generations, letting them know that they are possessors of valuable sources of wealth that it is their duty to jealously preserve because in their rational and scientific exploitation, the basis of future aggrandizement is laid of his homeland. ” 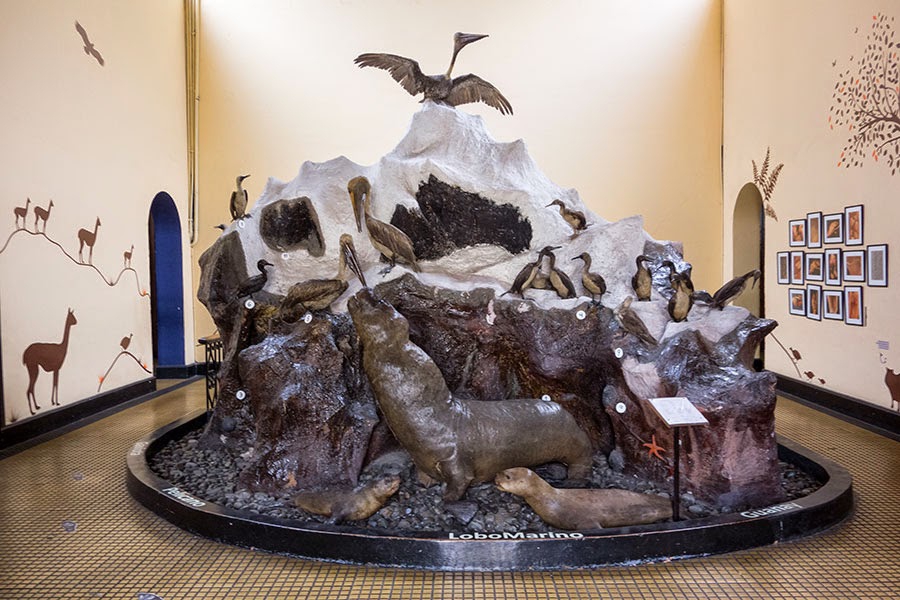 Rospigliosi also points out that “in its external educational productions, the University translates with its Museum, the degree of culture and scientific preparation of its staff, formulates the inventory of the country's economic capacity and marches to the meeting of select, Peruvian or foreign spirits that they yearn to make scientific and industrial studies of the products of our soil saving them the enormous cost of energy that their collection demands and liberally putting at their disposal the materials already collected, ordered and classified. ”

“And, finally, –concluded Rospigliosi– as an expression of the orientations of the moment, with the creation of the Museum, the University does in this way effective work of positive national progress, as progress is now understood throughout the civilized country; that is to say, in the sense of developing and increasing the economic potential of the soil by promoting any work that contributes to stimulate the exploitation of its wealth and guiding the Government so that its use effectively represents, capitalization in the country, individual and collective well-being, in One word, national welfare. ”

In his general guidelines on the orientation of the Natural History Museum, Dr. Carlos Rospigliosi pointed out in 1918:

• Collection and systematic study of the samples of the three kingdoms of nature, which are in our territory in order to give the Museum a strictly national character.
• Provide the University with the necessary material to nationalize teaching.
• Form with the duplicates of the species, small collections for schools and schools so that they have exclusively national samples available; and to make the object that is pursued more complete, the cataloging of the samples will be done in response to the division of the Coast, Sierra and Mountain, in order to facilitate in each of these areas the knowledge of local resources, when less.
• Organize the Museum, when there are truly appreciable collections, send them abroad to publicize our resources, requesting at the same time exchanges of their peculiar products destined to increase the classic collections.
• Do biological and industrial research in accordance with national needs that are capable of being met by certain species.
• You lay the foundations of the Museum and given the research studies that are done in it, it is logical to assume that it is a true school of researchers, because I think that the Museum must have open doors for all those who are trained to undertake those classes of studies.
• The National Museum of industries and the commercial must also be derived from the Museum of Natural History. For which each sample of each section should be studied under that aspect, so that the people who visit the Museum can appreciate by succinct descriptions the usefulness of the products displayed.
• Form a map as complete as possible of each department indicating their natural products and those that in turn can be imported in relation to the climate of the place for its subsequent adaptation in the area, thus increasing the source of wealth of the country.
• Give lectures at least one monthly, about the species collected and studied by the Museum.
• Vulgarize and publicize the work done by printing monographic works and general reports. 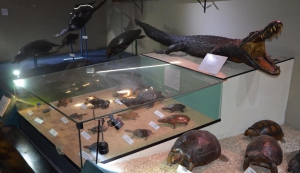 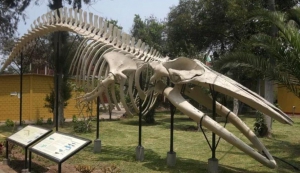 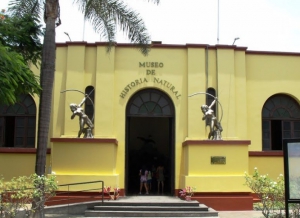 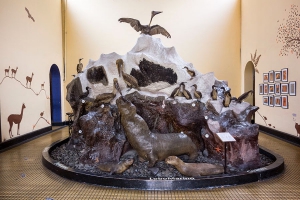 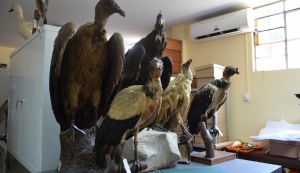